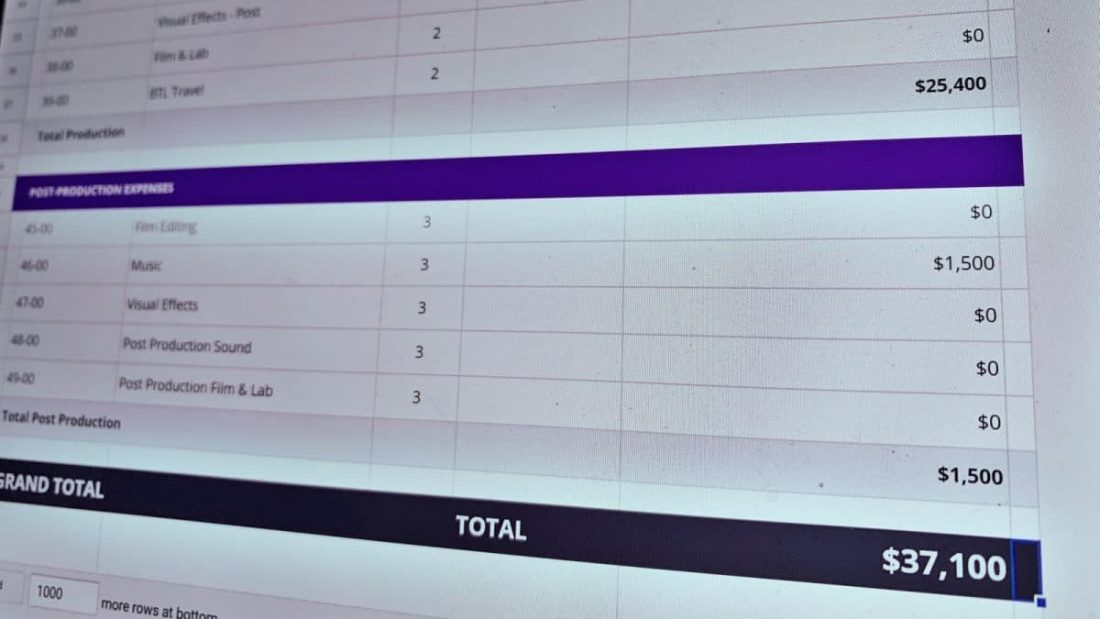 If you have a specific budget you’re looking to stay within, don’t be shy – tell your prospective production partners. We get it, you don’t want them to inflate their prices to meet your ceiling, but often companies will be willing to discount down to meet you if you have a set limit and your project is interesting.

So there’s every chance that you will stay within your budget, but actually get work that is worth more than that.

And if there’s a massive misalignment between what you have to spend and what a company feels they can deliver at that price, it’s better to know early so no-one gets attached to a team they can’t afford or spends time on a bid they can’t possibly win.

With a scoping round, you pay the production partner to do some of the pre-production work around the creative ideation to help figure out the most accurate budget estimate. That way, they’re not doing creative work for free, on a speculative basis, but you’re not committing to an entire project without knowing the full cost implications.

It also means that if you pay someone for this work, but decide not to go forward with them into production, you’re at liberty to use the creative they developed, since you paid them for their time.

We know that some companies ask for extensive creative work during the bid process… i.e. for free, but we think this is a bad and outmoded practice that gets projects off on a bad foot. If you’re asking multiple production companies to invest serious time in developing creative for you, compensate them for their efforts.

Next week we’re going to start to look at the process of producing branded content itself, beginning with pre-production, which as far as we’re concerned, is where the magic happens.