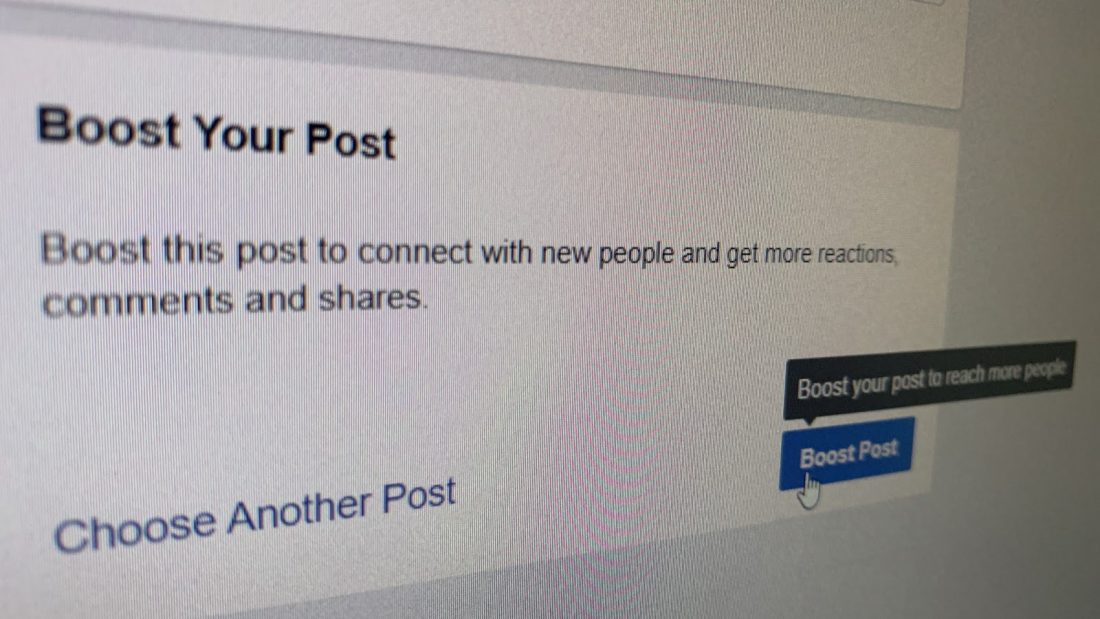 Going Deeper: boosting your video with ad spend and “the rules”

Funny how all these platforms are all about relevance and engagement until you have a little money to spend and then you can leapfrog directly over Maggie and Bobby’s posts.

But if your post is not also relevant and well-targeted, be prepared to spend over the odds to get the same results. Facebook will still reward the same behavior on boosted posts, meaning that you don’t have to spend as much to get the same traction with your audience.

Stay up to date on “THE RULES”

What rules, you say. Where can I find these rules?

Well, you can’t. Because they’re secret.

Like… (at the time of writing) Facebook will ding your video if there isn’t movement in the first frame.

Or if there’s too much overlaid text in a video.

And the only way to stay up to date on these rules is constant research – reading the bloggers who have figured out, usually with extensive A/B testing, what behaviors are rewarded or punished.

Worst case scenario, your video could be completely buried because it contravened one or more unspecified rules.

But best case scenario: your video nails all the rules and floats to the top above all the other videos that broke the rules.

Every brand has superfans, and engaging them not just to watch your video, but also to share it with their network, can be key to engagement success.

Do you have any fans who are influencers with hundreds of thousands, or millions of followers? Make sure you reach out to them directly.

Make sure to utilize all the ways that you currently connect directly with your audience to make sure they see your branded content. Have a great email list? Send them an announcement that the video is about to launch or has just launched and point them directly to it.

Ask people in your network to watch, share and comment on your video, especially in the first few hours after you post it. A burst of early activity can really help visibility in people’s streams, which increases the likelihood that they will engage by watching, liking and commenting and momentum will start to build.

And that’s it, for now. Until you decide you want to launch your next branded content project and you start the whole process over again.

Next week we’ll round out this series with glossary of some commonly used (and misused) terms that you might need to know as someone commissioning branded video content.