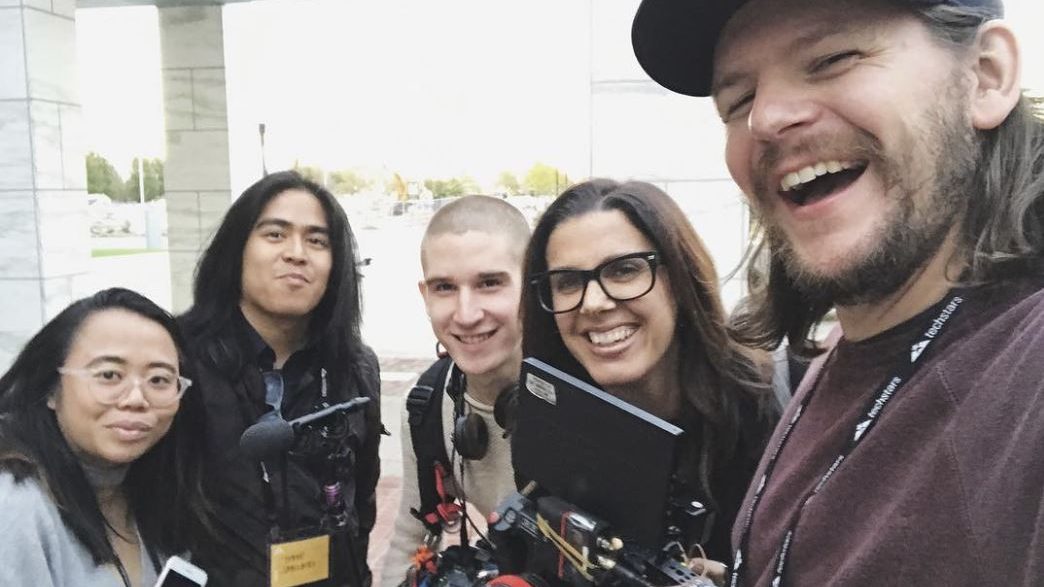 Last week we started looking at what the pre-production process can look like for branded content. This week we’ll wrap up pre-production with some of the other things going on behind the scenes.

Next up, the production company will assemble the necessary crew. Let’s say for the Acmify job, the Producer, Director and Director of Photography will fly up from Los Angeles, bringing most of the necessary equipment with them. So they’ll need to hire some local folks to fill in the gaps, including an Assistant Camera, Audio Mixer, Gaffer, Drone Operator, Production Assistant and Hair/Makeup Artist. We’ll talk more about all of these roles under the Production section.

Also in pre-production, the Director of Photography, in collaboration with the Director, will determine what equipment is needed to pull the shoot off. This is a big moment where the production company is asking why? There’s often more than one ‘right’ piece of equipment to use and it’s important to ask questions about story and tone to choose the right equipment for the job. What kind of lenses to use? Vintage lenses can give a dreamier, less crisp image and maybe that’s right here. Maybe it’s not – maybe you want this to feel very sharp and modern. What about camera movement? Aerial shots? What kind of lighting will help tell this story most effectively?

Many companies have some standard equipment that is used on every shoot: camera, lights, tripods, batteries, but since the brief mentioned that Acmify wants this video to look cinematic, the company could make the choice to rent vintage cinema lenses and additional lighting. The DP will contact rental houses in the Bay area to lock those in.

If it’s not possible to do a location scout, like in this example where the key crew members aren’t located local to the shooting locations, the Director and DP will also ask the client for photos – smartphone snaps are fine for this – of the filming locations. They’ll need to decide on suitable spaces to conduct the interviews and get a sense of what the b-roll setups look like.

Choosing an interview location is a fine art, and something that typically needs to be done in conjunction with someone on the client side who knows the locations and can make sure they’re booked out for the shoot.

The primary concern for interviews is somewhere that will sound good. That means that there’s not a lot of external noise like passing traffic, nearby construction or manufacturing noise from the factory.

Additionally, you will want somewhere that looks interesting. Often conference rooms are chosen because they’re the best option for audio, but that can end up looking boring on camera. Many clients think that rooms with large windows looking out onto a view are a good option, but this typically requires bringing in a lot more powerful lighting, and if you’re doing a long interview, it can lead to challenges as the natural light changes throughout the day.

Ideally, the client can present a few different options, with a few smartphone snaps and an assessment of noise levels.

Finally, the Producer will handle all of the travel arrangements for the core team, including flights, hotels and car rental.

Phew. It’s a lot of work, but it should make the next two phases go as smoothly as possible.

And what about the role for you, the client, in pre-production? What do you need to do?

Firstly, be as transparent as possible with your production partner. Make sure that they know everything that you know that could be pertinent to the project.

Second, be sure to read and review all documentation that is sent to you, and don’t be afraid to ask questions if something feels wrong or misaligned. Chances are, if it feels wrong now, it will look wrong on the screen later. As we’ve said before, this is the stage where making a change is the easiest.

Last, ensure that anyone on your side who will weigh in on the final video is fully engaged with the process now. Don’t wait to explain to someone what is planned until after the shoot, because then it will be too late to pivot if they don’t like something. This is what we call a ghost client, the person who you don’t hear from until you’re in post-production and they have an issue with something that might be too late or too expensive to fix.

Next week we’re moving on to production, and we’ll kick off by looking at what everyone does. Want to know what the heck a gaffer is? Stay tuned.