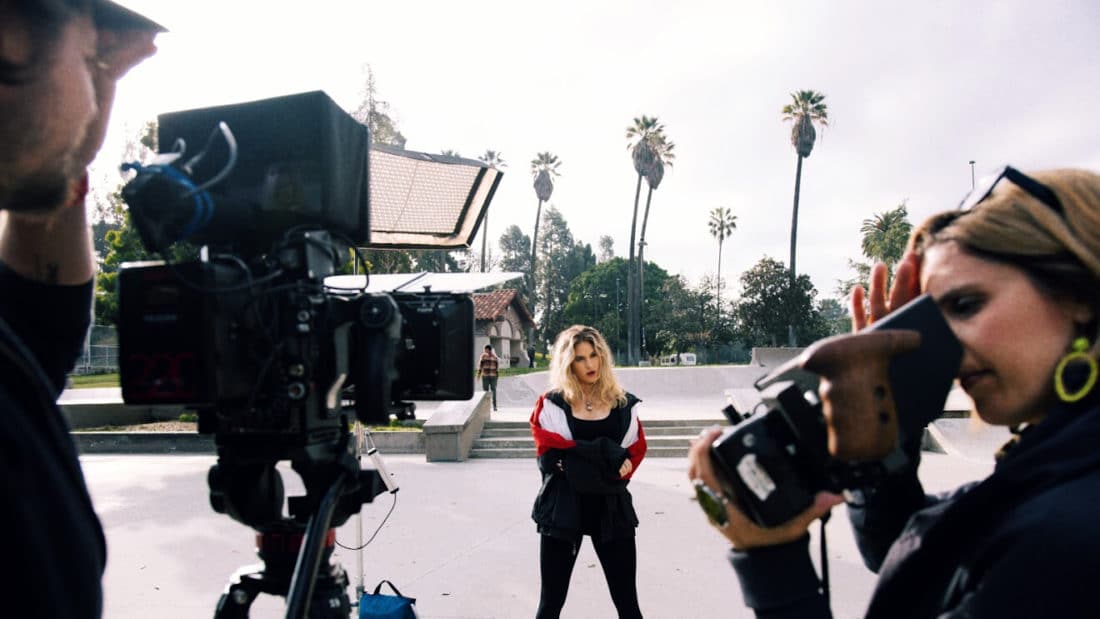 Traveling back to the 90s for ‘Blue Suede’: The making of a Los Angeles music video

By tom@longhaulfilms.com in Our Work

Sometimes the only way forward is to go back. I’ve been asking myself a lot about my influences, and how the art and culture of my youth shaped the stories I need to tell.

I’m a 90s kid, and as I was coming of age, the art that blew my mind was about other young people fumbling their way towards self-actualization, usually while wearing flannel and having deep and meaningful conversations over unfeasibly large cups of coffee.

A big focus for the next phase of my journey as an artist is to create films that transport viewers to that time, and back to those feelings. I’m talking summer afternoons in the decade before smartphones and social media; taking trips to the diner and the video store to hang out with friends; driving around in your car waiting for your favorite song to come on the radio. That kind of vibe.

So what were the collective themes of the film and TV I watched in the 90s that influenced the creative process for this video?

And that brings us to the video for Blue Suede, a song by the Los Angeles based singer-songwriter Lovsky. When we sat down to have our first creative meeting, Lovsky told us that she had written Blue Suede about unrequited love: that feeling when you’re so into someone, but you suspect they only see you as a friend. She described her style as “90s tomboy”. We talked about California light, skate parks and started trading our favorite screen grabs from those Aerosmith videos with Alicia Silverstone.

And so the concept for Blue Suede was born. This music video is my own love letter to a sun-soaked and simpler time in Los Angeles. This is the first exploration of a time period and themes I plan to spend the coming months and years exploring. I hope you pour yourself a giant mug of java and sit down to enjoy this, no Blockbuster video card or VHS player required.