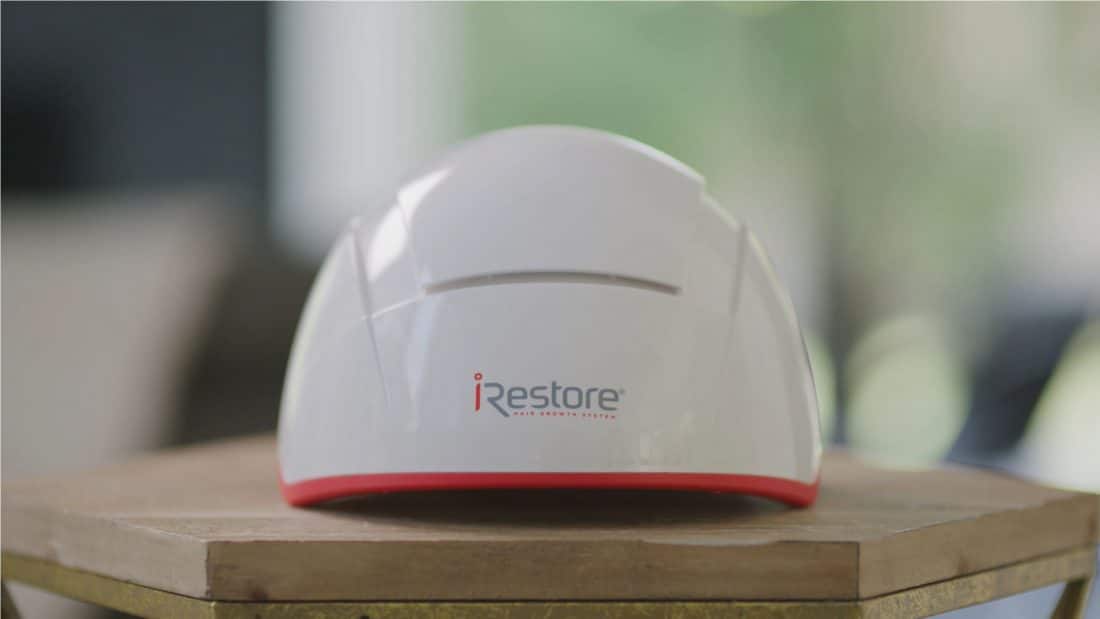 By tom@longhaulfilms.com in Our Work

iRestore is a laser hair therapy company based in Orange County, and just last month they launched their newest product, the iRestore Professional – a new, higher-end device that represents a step-up from their original laser helmet device.

This shoot was all about the up-level. The client had produced a commercial for their first device, but really wanted to step things up for this new product, something we were able to do in a few different areas:

Casting
Even though we knew this piece would use voice-over rather than dialogue, getting experienced and talented cast – rather than just enthusiastic friends and family – was key. In fact, the lack of dialogue meant our leads had to communicate much more non-verbally, while still making everything they were doing seem real and authentic.

Because we’re in LA, there’s lots of incredible talent available, you just have to find them. Often – and indeed in this case – we used a website called Backstage, which is great for finding non-union cast.

Location
The client identified a fantastic property in Los Angeles that gave us great options for all of the scenes we knew we needed to shoot, and the clean, modern feel that we were looking for. Finding locations that minimize the need to bring in your own set decoration can make the shoot day move much more efficiently.

Typically we’re involved in finding shoot locations, and we turn to a couple of resources that work very similarly: Peerspace and Giggster. They’re like AirBnB for shoot locations and you can find everything from an alley with graffiti to a Malibu mansion to an all-pink loft in Downtown LA.

Production Design
To supplement what the location already gave us, we brought in mega-talented Production Designer Madison Steigerwald, who was able to source all of the finishing touches to make the visuals really sing.

Madison collaborated with the marketing contact at our client, and with Melissa, who was directing this piece. Together they produced mood boards to guide the process, and made sure to bring in visual elements that would augment the clean, modern location that we were using for the shoot, and also add some touches that would make it feel more like a real home.

Lighting
We knew we had some daytime scenes as well as some nighttime scenes, so bringing in the right lighting equipment was important – as was making sure we had enough time in the day to finesse the lighting as much as possible.

The location had lots of big windows throughout, which gave us a lot of baseline ambient light level. That was great for the daytime scenes since we wanted a glossy, high-key look and could use our own lights to augment the daylight. But for the nighttime scenes, that meant there were a lot of windows we had to flag off, and some of them – like those in the stairwell – were a little tricky to get to.

Permitting
Any shoot in the city of LA – even one on private property – requires a permit from FilmLA. In pre-production we worked closely with the client to figure out exactly what the permitting requirements were, and what that would mean in terms of cost for the permit. For example, if you want to shoot in a park there’s a whole extra parks department permit and associated fee to contend with. Or if you’re potentially going to be noisy late at night, you might need extra resource to get neighboring residents to sign off. Thankfully this shoot really only needed the basic permit and fee.

The schedule for the day was packed and we had a number of ambitious shots that we were aiming to capture. We were supported by the most talented crew of collaborators, all women apart from our DP, Tom.