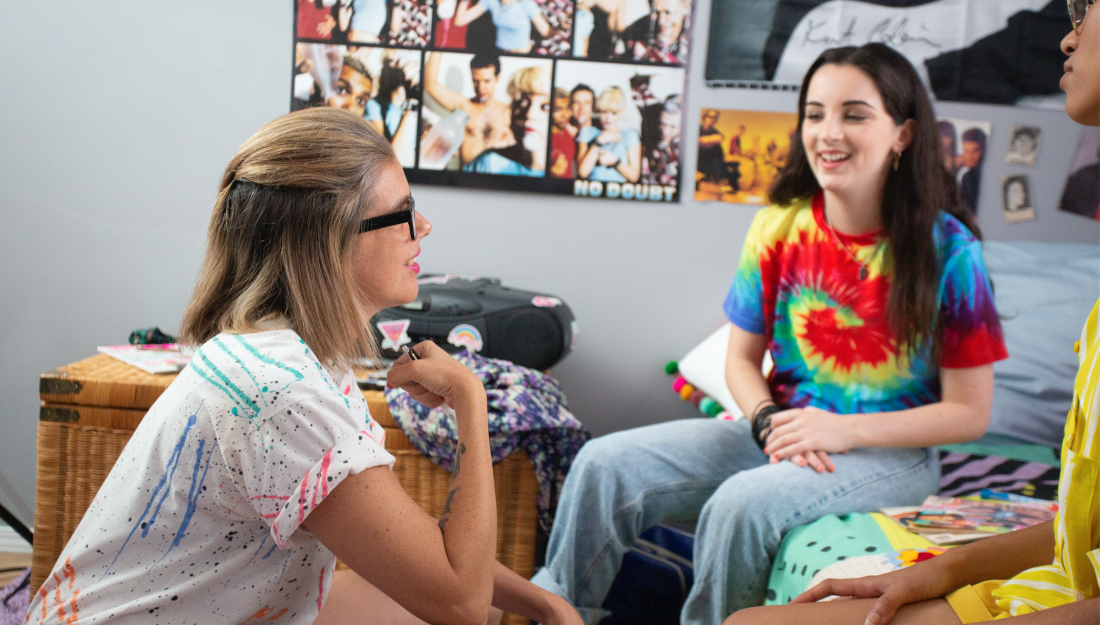 While documentary filmmaking has my heart, I like to branch out and experiment with different forms, and back in 2019, an idea came to me for a scripted film based on my own experience growing up in the 1990s.

Adolescent Me had been on a couple of dates with an older guy, and I knew that he was going to try to kiss me. I had never kissed anyone before (cringe!), and had no older sister to guide me, so I ended up watching the love scene in Top Gun to study Tom Cruise and Kelly McGillis’ technique.

When this guy kissed me, it had nothing on Tom and Kelly. But the memory stuck with me because it symbolized a way of life that ended in the 90s, when the internet took over. Back then, reliable information, especially anything to do with sex/intimacy, was pretty hard to come by. We ended up fumbling through a lot of situations, relying on unrealistic Hollywood movies and our own clueless friends to provide (often unreliable) guidance.

So my film was supposed to be about Darlene, a character very much based on myself, as she prepares for her first kiss, with a boy who worked at Tower Records (based very much on a real boy I spent an entire summer stalking until he asked me out). As I started writing the script, Darlene’s best friend and kissing coach, Nisha, emerged as this powerful force, and I realized there was a different story I wanted to tell.

A First became a short film about female friendship in all its nuance and complexity. Because looking back, I realize that some of the greatest relationships of my life were the ones I forged with my female friends, especially those youthful relationships that were so intense and intimate and insular and very much love stories.