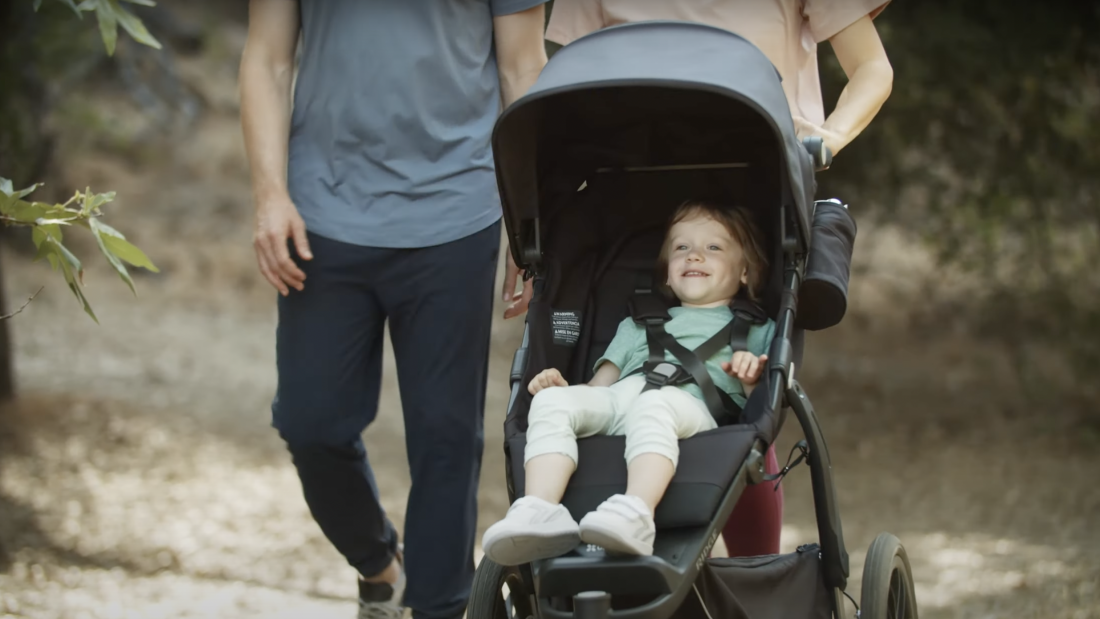 There’s an old showbiz adage that goes “never work with children and animals”.

We’ve worked with both pretty extensively over the years in our video productions, including a multi-year partnership creating video content with UPPAbaby, showcasing their strollers and car seats. And we can confirm that especially when it comes to casting young children in your videos; knowing a few tips, tricks and trade secrets can go a long way.

Many of us who work in video production are used to relentless schedules, and trying to pack as much as possible into a single day shoot. I am here to tell you that an 18-month old child doesn’t care what the call sheet says– if they need to poop, feed, or are just plain fed up– then you can’t roll cameras.

We’ve learned over the years that when you’re filming video content with kids, there needs to be lots of padding in the schedule to allow for those moments when your star is crying and won’t stop…. for an hour or more. Building in lots of time for breaks, healthy snacks, and play time will help your child talent feel happier, and allow them to show up looking more relaxed on camera.

When we cast a young child in a video production, we check in with their guardian and find out when they usually nap and eat– and do whatever we can to avoid scheduling them to be on camera during those windows, so as not to disrupt their routines. A tired, hungry kid is not going to be excited to perform!

We’ve also learned to be as prepared as possible before we get child talent to stand in position; basically only getting them on set when the cameras are ready to roll. Kids get bored really easily, so the less time you ask them to stand around waiting on the crew, the better. A stand-in is your friend here!

Tip # 2 Know the child labor laws in your state

Each state has its own provisions about kids working on set, and California has some of the strictest and most all-encompassing. As a production company, you do not want to be on the wrong side of the law when it comes to employing minors, so here are some things to check into in your state, and plan for accordingly:

Tip # 3 Keep them entertained… but avoid screens and sugar

Most adult actors find themselves getting bored on set, especially when there’s a long wait before call time. The same goes for kids, but multiply that by 10. You want to come prepared to keep the kiddos entertained while they wait for their close-ups.

Most parents know that one of the easiest ways to keep a kid quiet and entertained is to let them watch cartoons or other fun content on a screen– and I’ve seen for myself how much kids love an iPhone or iPad. Unfortunately, those little devices are so crazily addictive that when it comes time to take them away- like when it’s time for a scene- kids get very unhappy. We’ve had shoots where kids refused to let go of the iPhone and we had to try to film around it, or risk a tantrum.

Our recommendation is to keep the screens out of the mix entirely, and instead bring along physical toys, games, and if possible even know if there’s a nearby playground for kids to run out their excess energy. We’ve also found it’s a little easier to lure kids away from these distractions.

And when it comes to using food as a way to reward a good performance, stay far away from sugary snacks. It takes very little sugar to send little humans into a spiral, and the sugar crash is real, too. We do our best to have fruit, yogurt, veggies and other healthier options on set for kids to snack on between takes.

It worked for Michelle Tanner on Full House, and it can work for your production, too. We’ve found this approach especially good when we have to cast infants and babies, who need so many breaks for feeding and naps and are likely to be fussy at some point during the shoot. It’s great to have two options of talent to work with, so one can sub in if another isn’t feeling camera ready.

We’v also had great success in casting real parents and children. It’s often easier for children, especially really young ones, to perform when they are with someone they already know and love. And many actors and models appreciate the opportunity to bring their kids into the mix on set.

Tip # 5 Less is more when it comes to managing meltdowns

When a child is struggling on set, we’ve found that every grown-up has the instinct to pitch in and try to soothe, bribe, or wheedle them back to good behavior. But that can quickly compound the situation and definitely leads to the child feeling overwhelmed. We designate one person, ideally the guardian, to be on hand to manage difficult moments.

If you’re the director, or another crew member who will be working directly with the child talent, take some time out before cameras are rolling to build a little rapport with the kids. We’ve found that once kids are old enough to understand what’s happening on set, they love learning about the cameras, seeing themselves on the monitor, or “helping” with a small task that contributes to the production process. As with all cast and crew, the more engaged and involved they feel in the process, the better the result.

Working with child talent for video productions is not always easy, but following these tips can help the process run as smoothly as possible. Good luck with your productions!