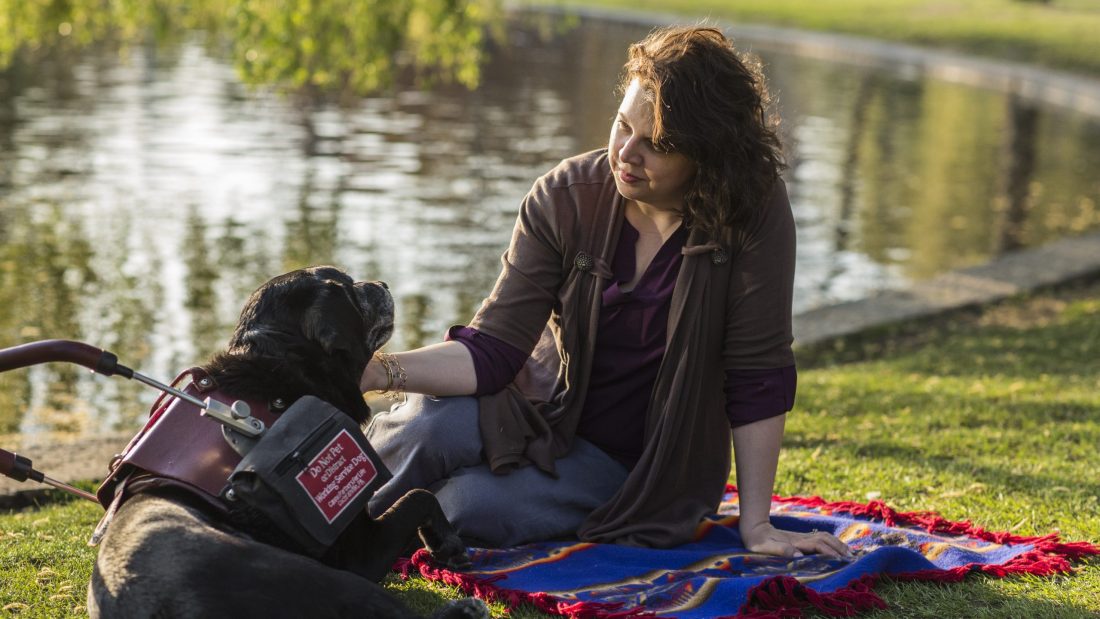 Going Deeper: How to find, follow and foster the story for your documentary

Back in 2018, when our debut feature documentary Adele and Everything After did the film festival rounds, one of the common audience questions is “how did you find this story?”

The short answer is: the story lived across the hall. It found me.

Of course, not everyone finds themselves living next door to a documentary-worthy subject, so I want to delve into the more fundamental question posed here: how do you decide that you’ve found the right story for a documentary, and how do you nurture it?

You must be willing to let your story surprise you
You’ve met a fascinating person or discovered a compelling subject and you want to make a documentary. If you’re thinking about this from a branded content perspective, then maybe there’s something noteworthy happening at your company: you’re launching a revolutionary product, or making a difficult pivot. You think about the subject all the time, and you envision exactly how the movie is going to unfold.

That is a wonderful start. The buzz you feel at the outset is vital to see you through the ups and downs of making the film. But this is real life: there is no script and events have a way of unfolding in their own time and in ways you couldn’t have imagined. Chances are, your story won’t behave the way you want it to.

If you want to be a documentary film director, you have to accept mystery, uncertainty and surprise. Which is ironic, since most people want to be directors because they like to be in control and want to know absolutely everything that is going to happen in advance.

Adele and Everything After is in part about learning to let go, and that lesson played out for me behind the scenes as much as it did for the subject, Marty, in front of the camera. When we first started filming back in 2014, I tried to nudge my subjects in the direction that I thought the story should be headed. It never worked.

What I learned was that my job as a director of a documentary film was to be a funnel for the story.

To do that effectively, I needed to remain open, available and clear so events moved through me, unobstructed. You have to accept that whatever you think your story is when you start out, it will become something different along the way. The better the story, in fact, the more likely it will twist in unexpected directions, and go to deeper places.

Risk is part of the process. Patience is a necessity. A little belief in magic, luck and coincidence is helpful. And willingness to follow the path, even if it’s not the one you first envisioned, is a must.

You must develop trust with your characters
To become this “story funnel,” you need a strong relationship with your subjects. There has to be trust, and not the kind that happens overnight.

I didn’t realize that when I started out. I thought the simple act of turning on a camera would get me the deep insights I wanted and didn’t anticipate the slow and delicate process to get my subject, Marty, to open up about events that made her feel more scared than she had been in her life.

To add to the challenge, I was trying to build trust with cameras, lenses and lights in the middle of the relationship.

I’ve had debates about this with other filmmakers before, and I know some disagree, but my feeling is that documentary film directors must interact with their subjects, at times, with the cameras off. Like a fiction director rehearses and blocks with her actors to get them ready for a take, a documentary director must undertake emotional rehearsing and blocking to put her subject at ease, and make sure they feel safe.

The longer we worked on the documentary, the more I realized that the comfort of my subject and the trust in the relationship had to come before any other cinematic choice.

Marty opening up to went hand in hand with a shedding process on my side of the camera, until most shoots were done with the minimum of crew and equipment. The most raw and emotional scenes in Adele and Everything After were filmed with a couple of cameras and natural light.

You need to give your story time
I spend a lot of time directing and producing shorter form video content, and my average project comes together in eight weeks or less. One of the reasons I wanted to make a feature documentary was the opportunity to take more time to let a story unfurl.

The idea of making a FEATURE DOCUMENTARY (all caps intended) was embedded with romantic notions about taking off to far-flung locations and spending months committed solely to this one project. As a first-time feature documentary filmmaker with a “day job” running a busy production company, that wasn’t an option. I had to find a subject that was accessible enough so I could work on the film at night, on weekends and in breaks from my day-to-day commitments.

I didn’t expect to find a story I wanted to tell in my own apartment building, but it turned out that Marty lived across the hall and when I learned about her relationship with Adele and the challenges they were facing as the service dog approached retirement, I knew I’d found a compelling story that I could tell. Proximity removed a number of barriers, and gave me the gift of time.

I couldn’t have made Adele and Everything After in weeks or months. That wouldn’t have done service to the story. We talk a lot about the hero’s journey in storytelling, but sometimes we forget that a truly meaningful voyage doesn’t happen in the time it takes to walk around the block.

If you personally can’t make the time to let a story unfold, then it might not be the right story for you to tell.

Learn everything you can about story structure
Speaking of the Hero’s Journey…. If you’re thinking about making a documentary, and don’t know what I’m talking about, Google this immediately.

Documentary filmmaking is so different from working on fiction, and perhaps nowhere is that more apparent than in the edit. Unlike in fiction, where the editor might follow a pre-planned storyboard and pick the best take; the documentary editor is making critical decisions about the very path that the story will follow.

When we were almost finished with production on Adele and Everything After, and preparing to sit down and edit, we spent time thinking about traditional narrative arcs, and talking about movies — fiction and non-fiction — whose characters shared similar journeys to the one that Marty and Adele had undertaken. We decided that Marty’s story most resembled the classic “Cinderella” arc and started to talk about the movie as a “love story,” taking inspiration from films like Twilight or The Notebook, where the main characters forge a transcendent connection, but struggle against forces that threaten to separate them.

We created a plot diagram, written large and hung on the wall of our studio, where we grouped scenes and segments into 3 acts. Then we discussed and debated and experimented and moved everything around and around and around: first on paper, later in Adobe Premiere, until we believed that our structure created opportunity for the audience to go along on Marty’s emotional journey.

And no, your documentary doesn’t have to follow a classic narrative arc, and some of my favorite fiction and non-fiction films break all the rules of narrative; not to mention the new schools of thought being pioneered by feminist filmmakers which are challenging the very notion of the Hero’s Journey and proffering experimental new ways to think about story.