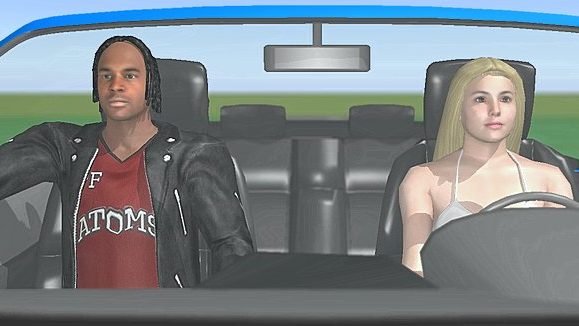 Rack Focus (or just rack): A specific type of focus pull where the AC smoothly shifts focus from one subject in frame to another. When shooting with a shallow depth-of-field, this is a great way to shift the audience’s attention from one thing to another.

Raw: A high-end type of digital camera format that doesn’t bake-in all settings, but allows them to be manipulated in post-production by the Editor or Colorist. Only available on expensive cinema-grade digital cameras.

Shot: A scene is typically broken down into different shots, each one designed to show a different subject or relationship in the scene. Every time you try to capture a specific shot is a take.

Shotlist: Used much more prevalently in documentary than a storyboard, this is a list of specific shots the Director wants to get, often written out with a description of the camera angle and the principle action taking place. For example: “Wide of David sitting at his desk, making a phone call,” “Close on David’s fingers dialing the number,” “Medium on David as the call goes through,” etc.

Slate / Clapboard / Clapperboard: The traditional rectangle board with a hinged stick on top, which can be snapped shut to create simultaneous visual and auditory reference points, which helps sync up the picture and sound in post. Slates also usually have information about the overall project and specific scene, shot and take written on the front. They are not as necessary now that cameras and audio recorders can be digitally synced, and on documentary shoots with nervous interviewees, they may be omitted entirely.

Sound Mix: The penultimate part of the post-production process. This is where all of the audio elements – dialog/interview audio, b-roll audio, nat sound, wild audio and music are all balanced out so that no one element overpowers the other.

Speed: Something the Camera Operator and Audio Mixer say to indicate to the Director that they are rolling – or recording – and Action! can be called. You may also hear “still speeding” to show that camera or audio didn’t cut yet and the action can begin again without having to mark a new take with the slate. Historically both tape-based audio recorders and film movie cameras took a moment or two to reach a steady recording speed, so speed would be called only once those speeds were reached.

Steadicam: A mechanical device for stabilizing the camera, invented in the 70s by Garrett Brown and used first either on Rocky or on The Shining, depending on who you believe. The Steadicam has been superceded somewhat by gimbals like the Movi and Ronin, but is still an incredibly useful tool in the right hands.

Stinger: A power extension cable, specifically one that is rated for 15A and with three strands of 12AWG gauge wire.

Storyboard: A previsualization of how specific shots are intended to look. Usually drawn by a skilled storyboard artist in collaboration with the Director or Cinematographer. Rarely used in documentary-style work, and often confused with a shotlist.

Teleprompter: A two-way mirrored device that sits in front of the camera’s lens and displays text that can be read by the subject, without being seen on camera. These days usually achieved by placing an iPad in a specially-designed tray with a built-in mirror.

Temp Music: Music that an editor puts into a cut as a placeholder. There is nothing more dangerous that falling in love with temp music that you can’t afford to license.

Tilt: Movement of the camera either or up down. Often confused with pan.

Vėritė: A genre of film, television and radio program that emphasizes realism and naturalism.

Voice-over: An additional audio track recorded separately from any visuals and laid over the picture in the edit. Very useful for narration.