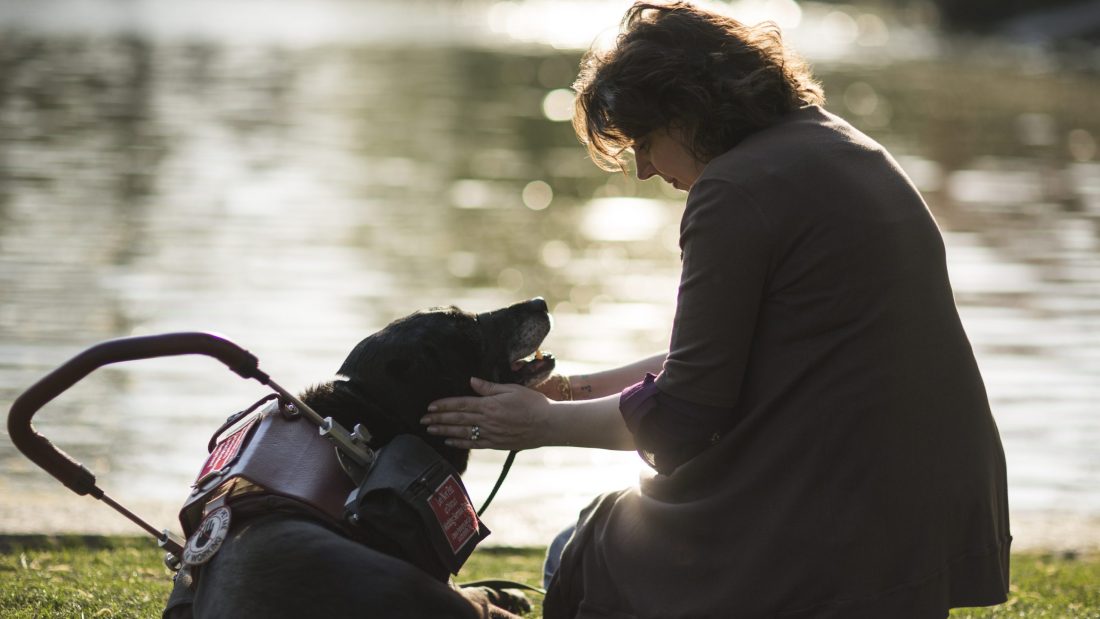 We’re celebrating International Assistance Dog Week with a very special announcement: our documentary Adele and Everything After is now available to watch everywhere in the world.

The award-winning documentary about a life-changing bond between a woman with a broken heart and her devoted service dog, Adele and Everything After was released in North America by Gravitas Ventures in 2018, and is finally available for audiences around the world to enjoy.

The movie tells the story of Marty, a woman struggling with a debilitating invisible illness: a heart condition that made her pass out every day. Adele was a cardiac alert service dog who could sense the beating of Marty’s heart and save her from fainting. With Adele by her side, Marty went from being unable to walk around the block without passing out, to leading an adventurous, joy-filled life as a wife, mother and artist.

But nothing can last forever, and as the time comes for Adele’s retirement, Marty must figure out how to trust a new canine partner with the job of protecting her heart.

The film follows Marty and Adele on the rocky, painful, but ultimately life-affirming journey to letting go.

Visit adelemovie.com for links to watch on Amazon Prime, iTunes and Cable TV in the US, and on Vimeo On Demand globally.