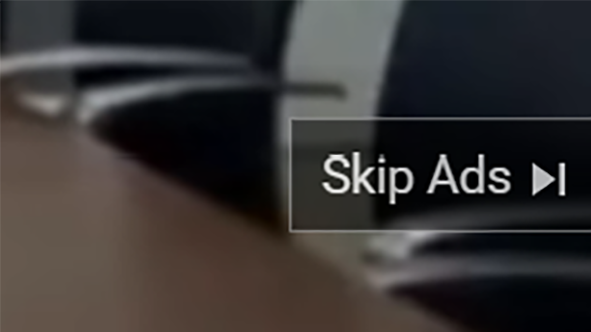 I remember it very clearly. Home from college on easter break, I dragged my parents to the cinema to watch Magnolia.

Three hours and eight minutes, but my eyes were glued to the screen for the entire time. Wild horses (or raining frogs) could not have dragged me away.

And they still can’t. Show me that movie on a TV, an iPad, even a phone and I’ll happily watch all 188 minutes of it.

Conversely, if you serve me a 30-second ad on YouTube for an injury lawyer or car insurance, I cannot wait the full five seconds I have to wait to smash that “Skip ad” button and send that ad off into the marketing ether.

But for some reason, marketers have become *obsessed* with the imagined attention span of their audience. I think it began sometime around 2010 or 2011. Someone probably wrote a thinkpiece in the New York Times about how people were consuming the then nascent online video content and it stuck as a piece of conventional wisdom.

Then instagram came along and said your videos have to be under a minute…. no, wait, now they have to be under *15 seconds* and we all imagined that this groupthink must definitely be correct.

Often we’ll kick off a project with a client and they’ll start the conversation by saying they want a piece that is no more than 2 minutes, with a 1-minute and 15-second versions. Before we figure out what the story is. Before we understand anything about how we can or want to tell that story.

Can you imagine if James Cameron brought the 11 Oscar-winning Titanic script to Fox, and before they even let him begin the pitch they said “this needs to be 90 minutes or we’re not interested?”
How can you know how long your video should be before you know how much story you have to tell?Think about two different marketing videos you might be asked to make.

Video 1 is for a tool manufacturer that’s releasing a new screwdriver with a really grip-able grip.

Video 2 is for a non-profit who have been funding scientific research into environmental triggers for epilepsy, and the research has shown that certain children within specific genetic groups may have markers in their DNA that reveal a susceptibility to developing symptoms of epilepsy when they’re exposed to rapidly flashing images displayed on newer LCD TVs that are capable of a 120Hz refresh rate.

And at the beginning of the meeting you take with the marketers at these organizations, they say “we need a 15-second version for Insta stories.”
I don’t know about you, but I feel a lot better about telling the grippy-grip story in 15 seconds than I do the epilepsy markers story.
Here’s the reality of what’s going on here.

So they clutch at a straw. Time. Maybe if we can cram our message into as tiny a length as possible and make it so so easy for people to get to the end of the spot, they’ll absorb our message.

That’s not how it works.

Magnolia, and Titantic and The Godfather were all considered monstrously long, even within the medium of cinema, and yet all were successful because they were engaging.

Think of the ads on YouTube that you didn’t skip. The reason you didn’t skip them was because they offered you something rather than just promised to take from you.

They offered you entertainment, a laugh, something interesting or compelling to learn about.

They didn’t just threaten to take your attention and use it to force a message at you.

So before you worry about how long your marketing video should be, ask yourself how long you really need to tell a compelling story.

I mean, still do a 15-second cut-down for Insta stories, obviously. That goes without saying.