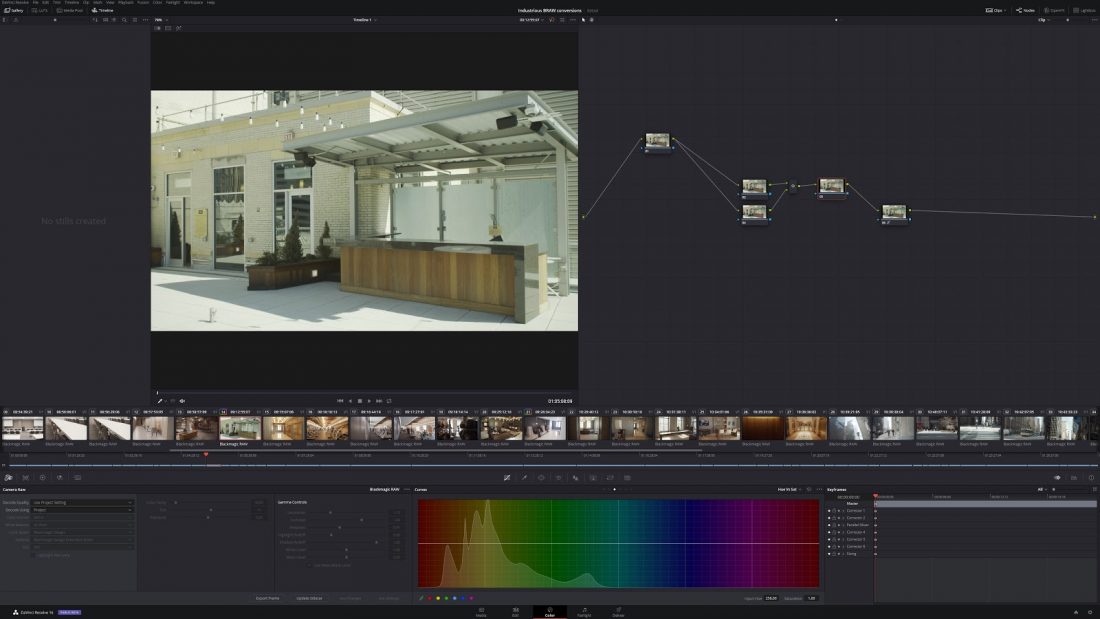 Last week we started our look at the post-production phase of the project. This week we’ll look at some essential steps as we get closer to a version to share with the client.

Music is an essential part of most branded content videos and choosing it is almost an art in itself. On large scale productions, it’s handled by a specialized Music Supervisor, but for smaller jobs like our example here, the Editor and Director may make the choice.

Typically for branded content video, a music library will be used. These are online catalogs with thousands of music tracks that can be licensed inexpensively. They usually let you download a preview version of the song with an audio watermark so you can test out how the music feels against the other content in the video.

Experienced Music Supervisors and Editors understand the thousand nuanced factors that determine whether a song will work in an edit or not. It’s sometimes barely perceptible things like how large the variations are between the louder and quieter parts of the song, or how busy a particular piece of music sounds and how much the music will compete against the dialog for the viewer’s attention.

The music, ultimately, needs to support the intention of the video as a whole, and it can be tricky when hearing a song in isolation to know how well it will work. On some projects, the Editor will download previews for dozens of tracks, auditioning each one until finding the perfect option.

Whether or not the rough cut is shared with the client, the next stage is to move towards the first real version for review by the wider client team. That means completing the full sound mix and color grade.

The sound mix is the process of balancing out all of the audio elements being used. Those include the interviewees’ voices, nat sound, which is often the audio from the b-roll (which in our example might be the sound of someone operating a machine in the factory) and a piece of music which is providing the emotional underpinning for the whole piece. We want each element to be audible, but not overpowering any other element. The music often sits back in the mix as a bed while interviewees are speaking, but is raised up in between interview clips.

The color grade is a two-step process. Color correction is the process of evening out discrepancies in brightness, contrast and color cast between clips that are supposed to look the same, like the two camera angles from the interview, or b-roll shots from similar parts of the factory. As a result, all the clips should look normal, but not yet have a creative look. Applying that is the next step, color grading, where the overall color of the piece is adjusted to suit the story and the intended tone.

Next week we’ll move onto the review process with some concrete tips – for production company and client alike – on how to have a healthy, happy and successful feedback phase.