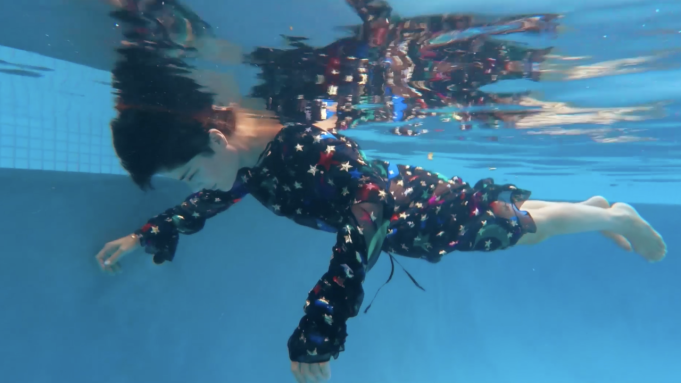 Back in the spring of 2020, we were looking forward to returning to South by Southwest in Austin for the first time since 2016. It’s always a fun festival, which brings together our great loves: filmmaking, technology and music. So when SXSW was one of the first major events to cancel for COVID (before Coachella or the Olympics), it stood out as an oh-shit-maybe-this-pandemic-really-is-serious moment for us.

This year, we had tickets for SXSW Online, and so instead of ordering fries and beer at the Alamo Drafthouse and settling in for screenings, we grabbed some red wine and tortilla chips on our couch, and leaned into one of the big advantages of an online festival: the convenience. There were no Ubers between venues, no waiting in long lines for access, no getting closed out of screenings, and easy bathroom breaks.

While we missed the camaraderie and connection of a real-life film festival, we still experienced the buzz of watching a well-curated roster of movies from new talents, and old favorites. Plus, by being on the ball with pre-registration, I was able to get access to every screening on my list, even for the big, splashy film premieres– something that would have been impossible at the IRL festiva (unless I wanted to wait in line all day, every dayl.

Here’s a quick wrap-up of the documentaries we watched, and what we thought of them, if you want to keep a lookout for something new to watch in 2021….

WeWork: Or the Making and Breaking of a $47 Billion Unicorn

This was the documentary we were most excited to see. Back in the day, Long Haul Films worked out of WeWork locations in Boston, and later DTLA. And we had the opportunity (not sure if that’s the right word) to film with WeWork’s controversial founder Adam Neumann a couple of times back when the company was at the height of its hype. While I can’t reveal much more than that, I will say that our experience with him was very much aligned with how he is portrayed in the film.

WeWork is an extremely tight and well-made documentary, with highly produced interview setups and fast-paced editing… not that you need any of that to keep your attention as you follow this jaw dropping story of a toxic corporate culture taken to the extreme. While seeing the scope of Neumann’s ambition, and lack of scruples, portrayed is compelling, the film left me feeling sad for the lost promise he represented. At a time when we are more distant than ever, you can see why Neumann’s sales pitch of community and connection convinced so many people to invest so many millions in his mirage.

This documentary was an interesting follow-on from WeWork, as it told the story of another messianic type, Michael Brody Jr., the hippie heir to a margarine fortune who announced in 1970 that he was giving his entire $25 million inheritance away as a means to spread peace and love.

This announcement kicks off a drug-fueled unraveling for Mr. Brody, and this movie could have easily become another cautionary tale about the perils of hedonism. Instead, the filmmakers turn their focus to the letters people wrote to Michael Brody asking for a share of his cash. The letters, which number in the thousands, have remained unopened for years, and are now a time capsule. It’s a fertile place for the film to explore, as we meet people who wrote to Michael Brody to ask for his help: to escape abuse, to take care of ailing family, to bring a long-cherished dream to life.

The film’s portrayal of the struggles of the average American, and the unfairness of wealth inequality, makes it feel wildly present and relevant in 2021.

Dear Mr. Brody will be released in the fall of 2021

After watching a couple of films about men gone mad, it was refreshing to shift gears to this intimate portrait of Selma Blair’s struggles with multiple sclerosis; a debilitating chronic autoimmune disease which leaves the actress weak, struggling to walk, and frequently bedridden.

I made my own documentary which followed a subject with a chronic illness (Adele and Everything After), and I know firsthand what a delicate process it is, and how important it is to tell these often underrepresented stories.

Calling this documentary “warts and all” is an understatement. Director Rachel Fleit (who has an autoimmune disease herself) portrays her subject– best known for her supporting roles in late 90s/early 2000s films like Cruel Intentions and Legally Blonde– with raw, unflinching honesty. It helps that Blair is a true performer, who connects with the camera on an intuitive level, even (especially?) when she’s being captured at her darkest moments.

I’ve been a fan of director Edgar Wright since his 1999 UK TV series Spaced captured the listless energy  of being a twentysomething in London at the end of the century (which I was at the time), and Shaun of the Dead is by far my favorite zombie film.

So I was intrigued to watch Wright’s first foray into documentary filmmaking, even though I had never heard of the Sparks Brothers, or their band Sparks, until now. California brothers Ron and Russell Mael made their name on the UK charts in the late ‘60s and early ‘70s, and have released a staggering fifty albums in a career that spanned decades.

In addition to an extensive interview with the brothers themselves, Wright lines up an impressive roster of artists and musicians who were influenced by Sparks, from Beck to Bjork, Fred Armisen to Flea. The interviews are filmed in black and white, with the subjects looking straight to camera, so you feel like you’re in conversation with a who’s who of music history.

I imagine if you’re a fan of Sparks, the 2 hour 15-minute exploration of the band’s history will be an enjoyable view. I personally got pretty bored of the “and then this happened, and then that happened” linear format, and wished Wright had used his extensive skills as a scripted filmmaker to spin a story about Sparks that was greater than the sum of its parts; that allowed a viewer to connect with their humanity. Instead, the too-cool-for-school fact and name-checking, exacerbated by the self-conscious black and white filmmaking, made this one a festival miss for me.

The Sparks Brothers will be released by Focus Features this summer.

A big thanks to SXSW for this year’s online film festival, which was well programmed and extremely well executed. Still, can’t wait to be back in person in 2022.